Football Obsession & How To Overcome It 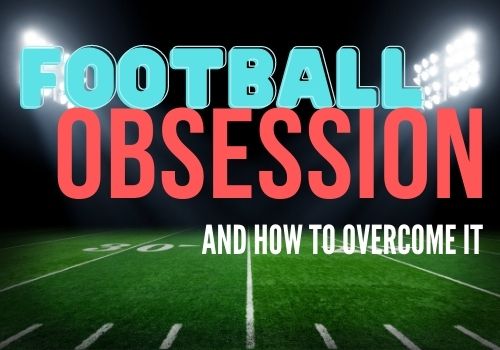 Football endlessly searches for its butterfly effect. ‘The day tiki taka died’, ‘the moment team won the trophy’, ‘goal that defined a career’. The idea of a moment that changes and/or defines a season, career or tournament is alluring, a zenith of crystallizing realization which, if you are there or watching, feels like privilege. I had my own footballing epiphany in June 2013 in the most innocuous of phrases.

The Under-20 World Cup in Turkey 2013 presented my moment, when an oblivious house mate of mine observed me get needlessly excited over Daniel Da Silva’s opening goal versus Colombia. ”God Chris, how much football do you actually watch?”. Assuming that football stops when the domestic English football season stops, it often comes as a surprise to those not immersed in football that even in non World Cup or Euro summers, there is still football to watch on mainstream television.

Football Obsession and the Technology

Thus is the current nature of the world, of football and of technology, that there is hardly a professional football match, league or tournament you can miss out on. The Copa America? Youtube. Under 21 European championship? Sky. Any other leagues? 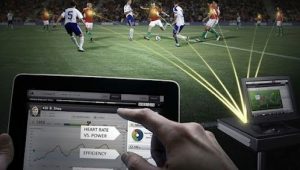 The vast expanse of internet. You can even keep track of things through twitter and the English speaking correspondents pitched up all around the globe. Uefa smugly announced it’s creation of their ‘week of football’ for its Euro qualifiers; the internet chuckles as it already has ‘football; ad Infinitum’s.

My football phone housemate’s flippant remark set off a train of thought which would change my football Football obsession habits for the next two years. Genuine interest in the Under-20’s World Cup and its exciting football had drawn me in, alongside having nothing better to do and, through this phrase, I started keeping a crude record of the games I had watched. Date, tournament, teams, score, best player, it was all very simple and a bit of a joke.

When the monotony of transfer talk and the hullabaloo of £40,000,001 came up in conversation, I brought up the jack hammer of a left foot of Juan Quintero. Why just talk about football when there is actually good football available to watch? It seemed obvious.

Then, like being slapped in the face and realising your club is in the Quarter-Finals of the League Cup with a half decent shot of going all the way, you find yourself watching Nantes vs Lorient in the Coupe de la Ligue on a miserable October evening. It’s rubbish. You’re doing this having caught up with Football Weekly, browsed the go to Twitter feeds and digested what Gabriel Marcotti has written in his latest blog. Is this getting a bit sad? No, football is my passion and I am loving being able to have informed discussions about pan-European football and feeling like a bit of an expert. Amongst football conversations with friends I become the go to guy for any football related matter. It feels good.

My football watching has now been dubbed a ‘project’ and people reference it in conversation with me when catching up as a being unto itself. The emphasis has also changed; from simply recording games I watch as an observation of my habitual nature, I am now actively trying to watch as much football as possible covering as many teams and leagues as possible. It has changed my nature. 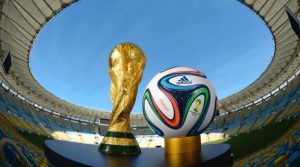 Scheduling over a weekend is a dream and you can easily watch 10 matches and still maintain respectable levels of hygiene, nutrition and sunlight. The quiet Friday night game. Saturday’s four games at noon, three, five fifteen and eight. Sunday comes with the added bonus of the early 11 am Serie A/La Liga clash before the Saturday pattern repeats. Combined with a couple of games during the week and you are looking at potentially 15 matches in a week, a great result for the project.

But how far have I come? What is the total so far? Heading into the World Cup, from June 2013 I am running at around 215 matches watched. TWO HUNDRED AND FIFTEEN. Crikey. Part of me is supremely proud. Part of me wonders what on earth am I doing with my life. I am then reminded of ‘Supersize Me’, the film in which Morgan Spurlock vows to eat only McDonalds.

Sure, the omniscience and accessibility allow for you to have some whenever you need to, but it leaves open the possibility of gluttony and for the obsessive to become trapped in a cycle. Is it really healthy to gorge on one thing so much? At what point does self control override corporate responsibility? I have these thoughts but I am still enjoying, and the gourmet buffet of the World Cup is still to come.

Does the world of football intend for you to be glued to football 24/7? It’s hard to argue it doesn’t. 24 hours rolling sports news primarily focussed on football, all major leagues covered through various sports channels, highlights programs and internet streams. The creeping social media presence, marketing partnerships, advertising and interviews. Newspaper splashes and exposer’s of footballers private lives and the murky seedy underbelly of the business of football. 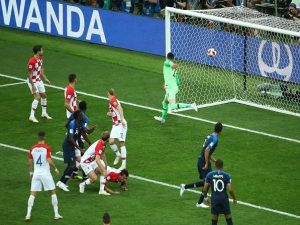 Of course, I watch every World Cup match. I work Monday to Friday 9-5 but I watch every match. I have been knocking back the shots all night at the bar and then it all comes and hits you at once. A tidal wave of vodka like football pain; your bodies final straw.

The week of 5, 8 and 11 o’clock kick offs catch up to me. I am under the weather, lethargic and my zest for football wanes. The 11 p.m. Japan 0 – 0 Greece on Thursday 19th June 2014 was my nadir. This cannot be repackaged as the ‘tactically fascinating’ clash, this is painful, boring and soul destroying tedium. I hate this.

From then on games become noticeably harder to watch, my attention dwindled and I felt less enthused. The only driving force was ‘the project’ and the pride to be able to say I watched every game at the World Cup. Football had become a chore and a sense of guilt descended if I felt I missed something. Enner Valencia? Miss it and you’re out of the loop. It becomes obligation and you wonder how those who’s professional lives are football detach an find tranquility.

My heart breaks in the Quarter-Finals as Colombia and Costa Rice lose out in games they could very well have won. Though the quartet making up the Semi-Final positions are clearly of great quality with magnificent players, I am now watching the teams through the prism of spectacle only, tactics cannot keep my concentration.

Brazil may have remained, but the soul of the tournament ended with James’ tears. The Japan-Greece match hit me hard but its silver lining was the increased appreciation of those teams who play with an up and at them attitude with full of beans butterflies in their stomach. Attack! Attack! Attack!

But have I now come full circle? From espresso sipping, tight jeaned aficionado fluent in tactics, history and culture across European football, I am now only captivated by the bloody & thunder, rock and roll football of passion and attack. Football has moved from an interest to a spectacle. ‘Am I not entertained?’ If not I am likely to lose interest, having been saturated by the sport over the past year.

I begin to look at the talk around football and it is a constant one-upmanship. Always the most spectacular, most important, most crucial thing since the last one and it gets tiring. I begin to ignore the subtleties that intrigued and can only sustain football consciousness if it is pressing excitement directly into my eyes.

The tournament ends with Germany winning the World Cup

26 days later and Blackburn vs Cardiff City kick off the new English domestic season. I cannot watch. I have clocked up over 250 football matches watched since June 2013 and I have reached saturation point.

I now actively do not want to watch football. I begin to dip in and out and just keep tabs on the important points. Mourinho is trudging towards a league title, Bayern have smothered Dortmund, Atleti can’t keep up the pace, it all becomes awfully meh.

The relentless marketing of bi-weekly epicness, the refusal to believe that your own team/league/nation is a bit boring at times and that there is always an Eastenders ‘Doof Doof’ ending. Every. Single. Week. It seems more and more difficult to be a casual observer of football, both in the social climate which exists and the global drip feed pumping SSNHQ directly into your veins.

However, it is now autumn and a full football season detox has passed. I have taken a more active interest in other sports, in politics, music and reading. It is refreshing to step away from football and engage with it on your own terms. A melodramatic liberation from the incessant noise has seen a rebirth in my love and a greater understanding of what it is to be a fan of the sport. It all feels very Against Modern Football, but more over I feel far more comfortable in myself as a football fan. You understand your values, likes and dislikes and become accepting of converse viewpoints.